Tragically, the entire international community has failed miserably to muster the moral courage to end the slaughter of hundreds of thousands of men, women and children in Syria’s civil war. Is it any wonder that such atrocities are happening time and again?

The ten-year old civil war in Syria has gone far beyond tragic mass devastation. The body and soul of two Syrian generations have been crushed. Their hopes and dreams have been shattered. Their dignity and pride were robbed. Millions of refugees and internally displaced persons were left in utter despair, hoping to wake up each morning from a nightmare only to realize that a nightmarish life is their lot. The world has grown to be contentedly numb and mercilessly apathetic, making a mockery of the “never again” dictum coined in the wake of World War II, which certainly applies to the carnage in Syria. It was meant to remind the community of nations to stand fast and united to prevent such an unfathomable horror like the one that swept Syria during the past ten years from ever happening again.

There is a score of different entities whose inimitable interests in the country do not align with one another. This includes seven ethnic groups—Sunnis Muslims (the largest at 74 percent), Ismailis, Shiites, Alawites, Druze, Christians, and Kurds—who are all at each other’s throats, and more than a half a dozen jihadist groups, among them Hay’at Tahrir al-Sham, Al-Qaeda, and ISIS. On top of that, Syria is virtually occupied by Iran, Turkey and Russia, the latter which wants to assert total control. Other countries have their own unique interests in Syria: Saudi Arabia supports the Sunnis; Israel is battling Iran on Syrian territory; the US has a nominal military presence; and of course, Assad himself has his own political agenda.

Thus, to suggest that a political solution can still be fashioned at this juncture is illusionary at best. But to work toward that end, we must begin by urgently addressing the nightmarish humanitarian crises the country is experiencing and gradually pave the way for a political settlement that most of the players can accept.

To understand the magnitude of the crisis, perhaps a few statistics about the unspeakable loss of life and destruction would rattle our conscience, give us pause, and awaken us to the horrific reality. Maybe, just maybe, we can then rise and, at a minimum, attend to the outcry of the Syrian people and save not only millions of Syrian lives, but also what’s left of our moral responsibility.

Just imagine, nearly 600,000 men, women, and children have been killed, and half the population of 22 million have become refugees or internally displaced. The World Food Program (WFP) reported that since the civil war started in 2011, the number of Syrians who lack access to sufficient food has reached a record of 12.4 million. The WFP further estimates that the number of those who are food insecure and cannot survive without assistance has doubled in the past year to 1.3 million, and another 1.8 are at risk unless urgent action is taken. 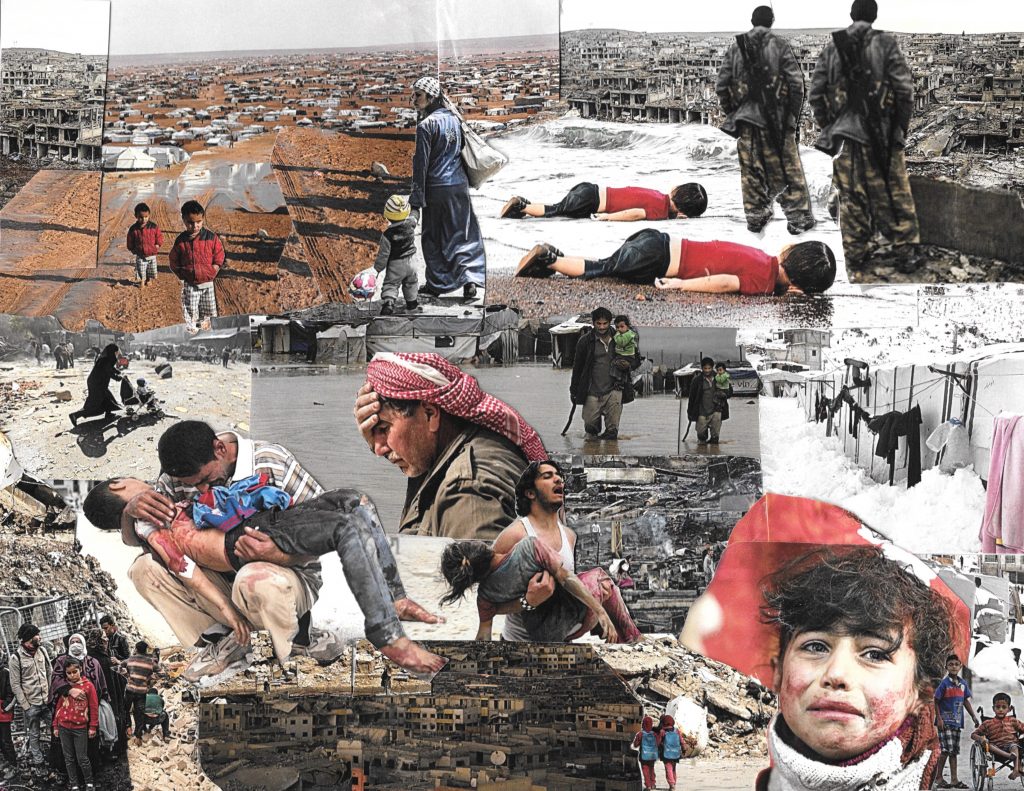 Women are selling their hair and bodies to earn some money to feed their ravenous children. The healthcare system has virtually collapsed. Unemployment is staggering, the educational infrastructure is largely in shambles, ethnic groups are at each other’s throats, the corruption in the government and the private sector is beyond control, the police forces are on the take, the domestic intelligence terrifies the public, petty crimes such as theft, extortion, blackmailing, and exploitation are pervasive, and the judiciary is anything but fair and just.

Assad may have technically won the war with the support of Russia and Iran, which helped him wage a merciless war by indiscriminately bombing and gassing his own people, for which he should be indicted for crimes against humanity. However, recovering from the war’s horrifying consequences will prove to be exceedingly more difficult. The Syrian regime needs tens of billions of dollars in financial support to rebuild half the country that lies in ruin, repatriate the refugees, rehabilitate the internally displaced persons, rebuild the country’s infrastructure, and reconstruct the modest industry that existed before the war.

Neither Russia nor Iran, the dominant powers in the country, and as of late Turkey, have the financial resources to assist Assad in coping with the financial crisis he faces. In fact, all three countries are financially struggling and unable to meet even their own budgetary needs. The US, the EU, and the oil-rich Arab countries are not prepared to come to Assad’s rescue and fix what Russia, Iran, and Assad’s military have destroyed.

The WFP is in dire need of immediate financial assistance to the tune of $375 million in order to provide food for many of those who are on the verge of starvation. For the next twelve months, they need to raise at least one billion dollars to prevent mass starvation and minimize the spread of the coronavirus, especially in the province of Idlib which remains the hub of resistance to the Assad regime. Providing this amount of financial aid will go a long way to save the lives of these innocent people.

Addressing the humanitarian crisis is the one area where potentially all the conflicting parties may agree. The countries that have the financial means, especially Western and some Arab states, must not shirk their moral responsibility to act, and act now. After all, as Gandhi observed, “The greatness of humanity is not in being human, but in being humane.”

Indeed, regardless of who the perpetrators are that rained havoc on Syria, nothing should stop or inhibit any country that can assist to alleviate the massive humanitarian crisis of the Syrian people. Innocent children, women, and men should not die from starvation when their only crime is, they were born in the wrong place at the wrong time.