Serbia seems to enjoy the illusion that Kosovo is still a Serbian province, despite the fact that Kosovo’s independence is an unshakable reality

Now may be the opportune time for Serbia to reconcile its past unspeakable atrocities against the Albanian Kosovars. The sooner Belgrade comes to terms with its past, the sooner it can begin its moral self-salvation, without which it will continue to be shackled with no redemption in sight. Serbian leaders should ask themselves one simple question: under what circumstances would Kosovo’s independence be reversed? They know the answer, but do not have the moral courage to admit that it is beyond their ability to undo Kosovo’s independence now or ever. Here is why.

First, Kosovo’s independence came about through streams of Albanian blood that were shed in a war of not their choosing. The blood of innocent men, women, and children has and continues to stain and haut Serbia as long as it refuses to acknowledge the horror it inflicted on the Kosovars. Serbia’s act of savagery provides a constant reminder to every citizen of Kosovo that their independence is more than political—it is personal; they cannot forgive or forget unless Serbia repents.

Second, over 100 countries have recognized Kosovo, including the US and the vast majority of EU member states. Belgrade’s relentless campaign to persuade other countries to withdraw their recognition has failed. Indeed, Serbia does not have the influence or the means to reverse the position of scores of countries who do not want to alienate the Western states that support Kosovo, only to accommodate a misguided country that refuses to acknowledge its moral failing.

Third, Kosovo is slated at one point to become an EU member state. If the EU concludes that Serbia will not come to terms with Kosovo’s independence, they have not ruled out the possibility of beginning the integration process with Kosovo regardless. The EU may also grant visa liberalization as long as the new Kurti government begins to implement in earnest the socio-economic reforms he has promised and weed out corruption both in government and in the private sector.

Fourth, President Biden has a special affinity toward Kosovo, and his administration will support Pristina’s effort to revitalize the country’s economy, not only by providing financial assistance but also by encouraging American investment in the private sector. Moreover, the US has guaranteed Kosovo’s national security and Serbia is no longer in a position to intimidate Kosovo—not now and not at any time in the future.

Regardless of how desirable normalization of relations between the two countries is, Serbia’s unfathomable slaughter of Kosovars during the war makes it impossible to truly normalize relations unless Serbia publicly and unambiguously admits to the war crimes it committed. 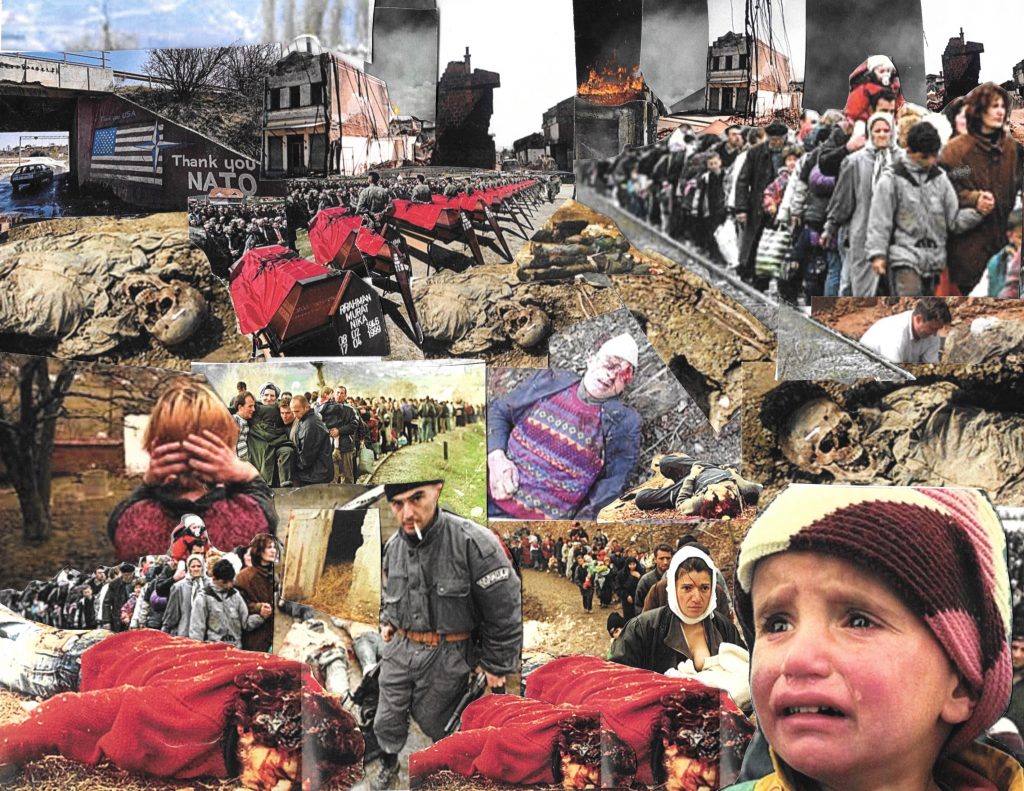 Serbians conducted the incontrovertible, summary execution of thousands of men and boys during the war, embodied by the mass graves that were discovered immediately after the war, and four more that were recently uncovered. Serbia’s leaders have been put on trial and were found guilty for crimes against humanity. The raping of Albanian women became a pastime for Serbian soldiers, and looting and destruction of properties and businesses were treated as acts of patriotism. The record of Serbia’s heinous crimes against humanity during the war cannot be made any clearer.

To be sure, the Serbs’ conduct fits precisely what Thomas Mann once observed; “… [The] generality of mankind are only waiting for the chance, only waiting for outward circumstance to sanction brutality and allow them to be cruel and brutal to their heart’s content.”

Serbia must follow the German example. Germany did not try to deny its horrendous war crimes during World War II. The Germans assumed the responsibility, provided compensation, and contributed massively to the reconstruction of much of what they destroyed during the war in many European cities. Today, Germany is the leading power in Europe. It was forgiven because it has paid its dues and continues to make tremendous strides to walk the high moral ground, by not tolerating and prosecuting white supremacists and neo-Nazi groups in Germany when necessary.

Kosovo’s independence must never be subject to negotiation. Every conflicting issue between Serbia and Kosovo, including the degree to which autonomy is granted to Serbian-majority municipalities in Kosovo, water disputes, energy distribution, tariffs on imported goods, and final borders should be negotiated only in the context of Kosovo’s independence. By accepting these rules of engagement, Serbia will basically concede to a reality that, in any event, it cannot change but can greatly benefit from.

To begin with, Serbia will be in a position to accelerate the process of its integration into the EU and pave the way for visa liberalization. It will further be able to attract foreign investments, as many investors will feel that their investment is more secure. Serbia will also be freed from Russia’s grip, as Moscow’s interest is to sow discord within the EU rather than help Serbia.

It is in the hands of Prime Minister Kurti to change the dynamic of the conflict with Serbia by calling on Belgrade to negotiate in good faith their differences with the spirit of good, neighborly relations. He should make it clear that every conflicting issue will be at the negotiating table except Kosovo’s independence. Should Belgrade refuse, it will send a clear message to the EU and the US that it is unwilling to come to terms with Kosovo’s reality and chooses to remain outside the Western orbit.

Serbia knows that its future wellbeing rests with the European community. It will be hard pressed to turn down Kurti’s call to settle their conflicting issues and lose substantial ground in its relations with the West. Serbia will be wise to muster the moral courage to right the historic wrong, however rare that might be.