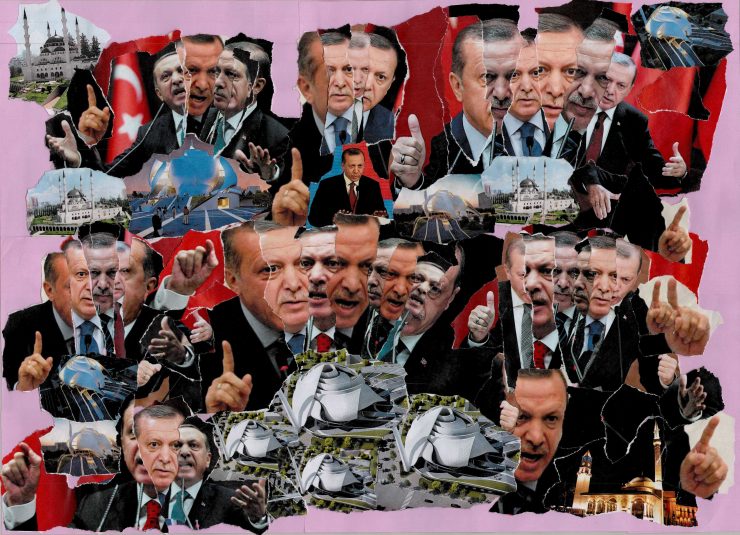 Albania Must Choose Between the EU and Turkey

The ‘Sultan’ of an illusionary Ottoman Empire—Turkey’s President Erdogan—is pressuring submissive politicians throughout the Balkan countries to do his bidding to restore the glory of the Ottoman period. For Erdogan, this is not simply an unfulfilled quest; he has been targeting the Balkans for the past several years (which he views as easy prey) to coopt into his sphere of influence by spreading his Islamic agenda under the guise of cultural cooperation. He is investing heavily in infrastructure and religious institutions, using businesses as leverage (while reaping economic benefit) as part of his sinister scheme to consolidate Turkey’s grip on the Balkan states to serve his neo-Ottoman design.

Former Turkish Prime Minister Ahmet Davutoglu emphatically echoed his boss’s grandiose vision, stating that by 2023 (the 100th anniversary of the Turkish Republic), Turkey will become as powerful and influential as the Ottoman Empire was during its heyday. The Balkan states must realize that their prospect for economic growth, prosperity, freedom, and sustainable democracy rests on close association with the EU, and not with a ruthless dictator who pretends to be the savior for the Balkans.

According to Turkey’s Ministry of Economy, by the end of 2016, the cumulative worth of Turkey’s foreign direct investment in the Balkan countries reached about $10 billion. A year ago, Erdogan proudly stated in an interview for the Albanian TV station ‘Top Channel’ that Turkey has invested three billion euros in Albania. “I don’t know how many investments have arrived from the EU, but ours will not stop.”

The Western Balkan countries have been seeking long-lasting relations with the EU in their efforts to join the Union. With the new enlargement package the European Commission recommended, Albania will be the first to start accession talks. Turkey, meanwhile, is flexing its economic muscles to lure Albania and other Balkan states into its own geostrategic orbit.

Turkey’s investments in Albania are selective and strategically calculated to have the greatest economic and political impact on the financial market as well as major national projects. This includes owning the second-largest bank, hydropower plants, an iron smelting plant, former state-owned telecom operator “Albtelecom”, and mobile operator “Eagle Mobile”.

Prime Minister Edi Rama, who wholeheartedly supports these projects, is known for his close relations with Erdogan (the only leader from Europe to attend Erdogan’s daughter’s wedding) and is now negotiating the construction of a tourist airport in Vlora, 140km south of the capital Tirana.

Albanian citizens must realize that Erdogan’s investments in their economy are but a façade to cover his larger goal of making the Balkans increasingly dependent on Turkey, while making Ankara the dominant center of power à la the Ottoman era in its days of glory.

Despite the various changes in its political systems, Albania has been a secular state since its founding in 1912. After independence, the democratic, monarchic, and later totalitarian communist regimes followed a systematic secularization of the national culture. But then, in contrast to the national socio-political liberal trend, in 2015 Erdogan inaugurated the Grand Mosque ‘Namazgja’, which is the largest mosque in Albania, costing around 30 million euros and financed by Turkey’s Presidency of Religious Affairs (Diyanet).

During his speech at Columbia University in late April, Albanian Minister of Foreign Affairs Ditmir Bushati dismissed all the facts about Erdogan’s unambiguous Islamic agenda in Albania. When we challenged him on that score, he queasily responded by saying that “It is not true that Turkey has built the largest mosque in in Albania, and that the mosque was built for the Muslim needs.” This false statement is consistent with his refusal to admit that tens of new mosques have already been inaugurated in Albania that were financed by Erdogan.

Albania’s Prime Minister Rama is not the only one flirting with Erdogan. President Ilir Meta, after his meeting with Turkish Prime Minister Binali Yildirim, underlined the prospect that the two countries are on the path to increasing cooperation, while ignoring the concern shared by a majority of Albanians who feel that the closer Albania gets to Turkey, the farther it distances itself from the EU.

In a conversation with Mero Baze, a journalist and publisher of Tema, he stated that Turkish investments originate from a close circle of businessmen associated with President Erdogan, and are not investments acquired from competitive bidding in the open marketplace. They are privately negotiated, and “As such, they can turn into a problem, in case of political instability in Turkey” said Baze, “as they become politically exposed to Erdogan—an autocrat who may face major political problems in the future, which can drag Albania into the political and economic morass in Turkey” that may well ensue.

In January of this year, opposition MP Dashamir Shehi alerted the parliament of Erdogan’s ‘invasion in Albania.’ “I am against the expansion of the Turkish presence in Albania. I don’t want Turkish investments and turbulence of Turkish politics in our country. Chromium, metallurgy, schools, airports are taken by the Turks. We aim toward Europe not East”. The Prime Minister responded to him sarcastically, saying “Drink brandy and do not scream.”

In a conversation with us, Xhemal Ahmeti, historian and philosopher who wrote a treatise for the Albanian government entitled “Saving the Albanian culture from the Turkish tendencies”, said that, after the Albanian government, Erdogan is the one who has the maximum power over Albania. He also condemned the lack of open criticism of Turkey in the Albanian media, saying that “With this policy, Albania closes every gateway to the West.”

He suggested that Albania must take concrete steps against Salafism and “Erdoganism”, because their instructors, emissaries, and ideologues infiltrate political parties, academic associations, and mosques in Albania, Kosovo, Macedonia, and other Balkan states.

Erdogan is intoxicating Albania by providing now small doses of economic development until it finally succumbs to his manipulation and deceit. If Albania is looking towards the European Union as it officially states, it should not allow Erdogan to dominate the country by any means or persuasion. Albanian leaders must remember that the EU would not admit any new member into the Union who is deeply wedded to Erdogan, especially now that his naked desire to dominate the Balkans has been exposed for all to see.

Europe is aware that Erdogan’s express purpose is to rebuild a regional neo-Ottoman power, which directly challenges Western values. Only a couple of weeks ago this sentiment was clearly expressed by MP Alparslan Kavaklıoğlu, a member of the ruling AKP and head of the parliament’s Security and Intelligence Commission: “Europe will be Muslim. We will be effective there, Allah willing. I am sure of that.”

Turkey’s diplomatic and military trajectory under Erdogan will remain the same for as long as he survives politically. The Balkan states, and especially Albania, who is the immediate candidate to join the EU, must carefully calibrate its relations with Turkey.

The EU must make it clear that since full adherence to its charter, especially regarding human rights, freedom, and a democratic form of government, are prerequisites to EU membership, Albania must not cozy up to Erdogan, who has flagrantly abandoned the EU’s founding principles.