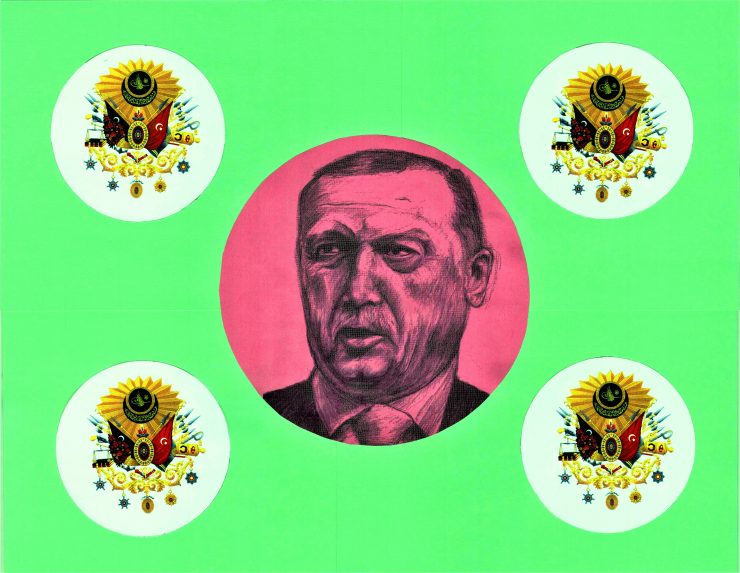 Basking In The Shadows Of The Ottoman Era

It is hard to fathom why Turkey’s President Erdogan, who embarked on the most impressive social, political, and economic reforms during his first ten years in office, turned around and systematically destroyed all that he had achieved. In doing so, he transformed the country into a police state where Islamic nationalism runs supreme. It is no secret that Erdogan is an ambitious man who aspires to become the leader of the Sunni Muslim world and dreams of restoring the “glory” of the Ottoman Empire. He is sparing no efforts to extend Turkey’s wings over countries that he can manipulate and exploit in the Middle East and the Caucasus.

Even a cursory review of his actions at home and abroad unmistakably shows that there is a pattern to his madness to resurrect not only images but the influence of the vanished Ottoman Empire that died disgracefully in the wake of World War I. The Ottoman Empire will always be remembered by its last infamous chapter—the genocide of the Armenian people.

Thus, when Erdogan recounts the presumed splendor of the Ottoman era, it should have a chilling effect on any country with which Erdogan seeks active bilateral relations, because there are always sinister intentions behind his overtures.

To expand his regional influence, Erdogan has followed the footprint of the Ottomans by first taking extraordinary coercive measures to consolidate his absolute powers at home. Following the July 2016 failed military coup, he ruthlessly cracked down on his real and perceived political adversaries, including anyone suspected of having an affiliation with his arch enemy Fethullah Gülen, whom he accused of being behind the coup. He took control over the civilian and government institutions by repeatedly extending the state emergency laws.

Instead of continuing to promote freedoms and human rights to encourage creativity and competitiveness, he is choking the Turkish people’s natural resourcefulness and ability to excel.

With little or no opposition at home, Erdogan moved to promote his Ottoman penchant to establish military bases in Qatar and Somalia, and military ties with Tunisia. Now he is scheming to build another military installation on the strategically located Sudanese Island of Suakin. Erdogan intends to utilize the island as a military outpost, the way it had served during the Ottoman era. Egypt and Saudi Arabia believe that Erdogan’s military adventure will upset the regional balance of power, which is the recipe for instability and incessant violence.

Thus, instead of alleviating the plight of the nearly 20 million Turks under the poverty line, Erdogan is spending billions on his foreign exploits.

To seize on the chaotic conditions in Syria, Erdogan decided to undertake a military offensive to crush the Syrian Democratic Force (YPG), which he accuses of being supportive of the Kurdistan Workers Party (PKK), against whom he has been fighting a war of insurgency for 34 years. Although he asserts that his purpose is the elimination of all terrorist elements to protect his people, his real objectives are: establishing a permanent foot-hold in Syria, which was ruled by the Ottomans; maintaining the support of his nationalistic constituency; demonstrating that he is independent and free to use his military as he sees fit; and most importantly, preventing the Syrian Kurds from cementing their autonomous rule.

Hence, instead of solving the conflict with his own Kurdish community, who merely seeks to preserve their culture, he invades Syria under false pretenses to secure his other objectives which are consistent with his Ottoman vision.

In the Balkans, Turkey is systematically entrenching itself by increasing its commercial and cultural presence which is evocative of Ottoman rule. In Albania, Turkey is building the Trans-Adriatic Pipeline through the country to supply gas to Europe, and a Turkish consortium is looking to build the nation’s second airport. He is investing in Kosovo’s infrastructure, building its only international airport, and managing the country’s energy. The Turkish Cooperation and Coordination Agency (TIKA) is assisting the Balkan and Caucasian countries in the fields of industry, agriculture, infrastructure, finance, healthcare, and education.

In addition, Erdogan is blatantly interfering in other neighboring countries—including Afghanistan, Albania, Georgia, and Kosovo—where he is exerting inordinate pressure on their governments to close all schools affiliated with the Gülen movement, threatening to use his economic and political levers against these countries unless they fire and replace the teachers with others who subscribe to his religious Islamist orientation.

Rather than investing in infrastructure, housing, education, and healthcare in the Southeast (Turkey’s poorest region), he is financing foreign projects aimed at influencing and preserving cultural heritage dating back to the Ottoman Empire, further solidifying Turkey’s regional outreach.

Although theoretically Turkey still seeks membership in the EU, the accession process is basically frozen, and Erdogan certainly prefers to leave it that way because he is not willing to reverse course and reinstate freedom of the press and human rights, on which the EU insists as a precondition to discussing accession in earnest. Thus, instead of making Turkey a model of Islamic democracy that meets the principal requirements of the EU, he transformed Turkey into an authoritarian Islamic state that resembles the Ottoman governing style.

Turkey’s role in NATO appears to be increasingly waning as Erdogan continues to gravitate toward Russia, which is considered the West’s staunchest adversary, cozying up to Putin who declared war on American democracy. Recently, he reached an agreement with Moscow to buy the S-400 Air Defense System, and to cooperate in building three nuclear plants – though for civilian purposes they could easily be converted to nuclear weapons production. This development severely erodes Turkey’s reliability as a NATO member and as a Western ally.

The West must no longer invoke Turkey’s geostrategic importance as an excuse for doing nothing to arrest Erdogan’s adventurism. No punitive action should be ruled out to stop him from further destabilizing the region because of his ill-fated aspirations to resurrect some semblance of the Ottoman Empire and satisfy his lust for ever more power.