President Biden may well succeed in forging an Israeli-Palestinian peace by restating in the strongest terms that a two-state solution remains the only viable option and works to create the conditions on the ground to that end.

The US remains the indispensable power that can bring both Israel and the Palestinians to an enduring peace as no other power can exert the kind of influence on both sides needed to reach an agreement. For the Biden administration to bring this about, it must play an active role by advancing its own ideas and using its vast resources and influence to persuade and/or pressure both sides to make the necessary compromises to conclude a predetermined peace accord based on a two-state solution, following a period of a few years for a reconciliatory process.

Contrary to the view held by most Israelis, the US’ traditional unqualified support of Israel has caused significant damage to the prospect of an Israeli-Palestinian peace. The US’ continued political, military, and economic backing—without insisting that Israel bring an end to the occupation—has enabled Israel to maintain the status quo and create new political and physical conditions in the West Bank that have severely undermined the prospect of a two-state solution.

Trump made matters worse by unilaterally advancing a peace plan that substantially favored Israel and provided a provision that would have allowed Israel to annex an additional 30 percent of the West Bank, which happily did not come to fruition. Although the Palestinian Authority (PA) believes, and justifiably so, that the US has been biased all along in favor of Israel, it also understands that only the US can exact from Israel the kind of concessions necessary to make peace possible.

However, as the Trump plan has been scuttled and Biden has taken over, the Palestinians have already indicated that they are willing to resume peace talks with US mediation. Biden should begin by repairing the severe damage that Trump has inflicted on the entire peace process and restore the Palestinians’ confidence in new negotiations that could eventually lead to a permanent solution.

New Opportunities
Now that Israel has a new government, led by the nationalist Naftali Bennett, it provides the Biden administration the opportunity to send a clear message to the Israelis that it is time to exhibit some moderation toward the Palestinians and that a two-state solution remains the only option, to which the US is fully committed.

While the Bennett government represents the entire Israeli political spectrum from left to right, including the Israeli Arabs, the coalition’s decision to put the Israeli-Palestinian conflict on the back burner due to a lack of consensus between its partners is short-sighted and extremely damaging. In fact, only such a government that represents the entire Israeli political spectrum stands a real chance of reaching an agreement.

On the Palestinian side, President Abbas has taken a hard position in connection with the settlements, Jerusalem, and the refugees, and it will be nearly impossible for him to reverse course and retain power. He does not want to leave the political scene accused of having sold out the Palestinian cause.

Given Abbas’ untenable position, it is time for the Palestinians to choose new leaders. The PA has not held parliamentary elections for nearly 15 years and the public has largely lost confidence in the current government. Biden should insist that the Palestinians schedule a definitive date for new elections and pledge to support any freely and fairly elected Palestinian leader, including those affiliated with Hamas, provided that they recognize Israel’s sovereignty and are committed to peace. 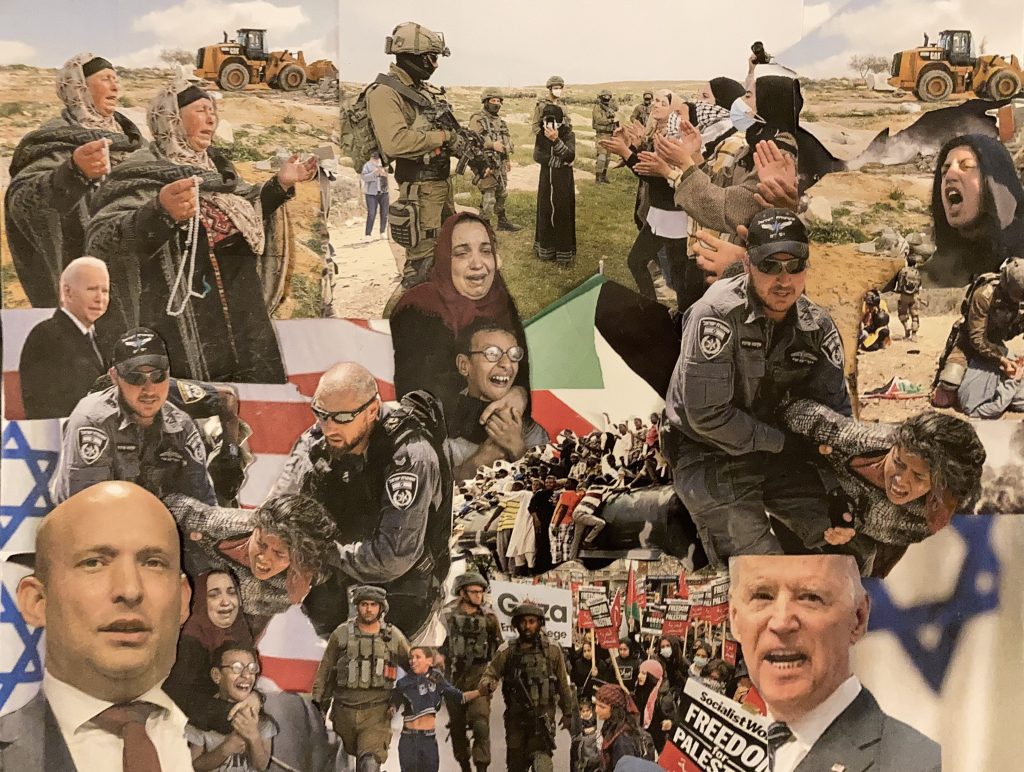 Finally, Biden should make it clear that whereas America stands by its allies and is committed to their security and wellbeing, they in turn must reciprocate by carefully considering the US’ overall geostrategic interests in the region, particularly in relation to Iran.

In this regard, Biden can negotiate a revised deal regarding Iran’s nuclear program, requiring Israel’s support in return for carefully weighing Israel’s concerns over the Iranian nuclear threat and keeping it informed. In fact, a new nuclear deal and progress on the Israeli-Palestinian front will significantly disabuse Iran from exploiting the conflict by arming Arab militants, instigating violence, and sowing instability to serve its own interest.

Process of Reconciliation
Given the complexity of the Israeli-Palestinian conflict, the ingrained mutual hatred, distrust, and hostility, and the growing loss of confidence that peace is attainable, the Biden administration must insist that both parties engage in a process of government-to-government and people-to-people reconciliation. Such a process would certainly mitigate distrust, reduce the level of hostility, and open the door for growing cooperation.

Indeed, under any circumstances, a few years of calm and cooperation between the two sides will go a long way toward building mutual trust and understanding each other’s concerns, and gradually pave the way for a permanent solution.

Since it is expected that Bennett will soon visit the White House, President Biden will have the opportunity to explain to the Israeli leader in unequivocal terms that the US:

a) is committed to a two-state solution not only because it is morally correct, but because it is the only solution that will preserve the democratic nature of Israel as well as its Jewish national identity;

b) will oppose the annexation of any Palestinian territory and reject the eviction of Palestinians from their homes in any part of the West Bank as well as East Jerusalem;

c) strongly supports the expansion of security cooperation between the two sides and requires that Israel and the PA immediately engage in the process of reconciliation on all levels;

d) expects the Bennett government to support a revised Iranian nuclear deal, as described above. Once a peace agreement is achieved with the Palestinians and the rest of the Arab Gulf states, the US will consider extending its nuclear umbrella to the region which may well persuade Iran not to pursue nuclear weapons.

With new leadership in the US, Israel, and soon in the Palestinian Authority, there is a rare opportunity to advance the cause of peace. Biden should make it clear to Bennett and his right-wing coalition partners who oppose the creation of a Palestinian state that they are now standing before history; they must face the inevitable and free Israel from the bondage of occupation.

This would be the hallmark of statesmanship, in the footsteps of Menachem Begin, especially when Israel’s future well-being and national security are on the line. Biden is well positioned to succeed where his predecessors have failed.