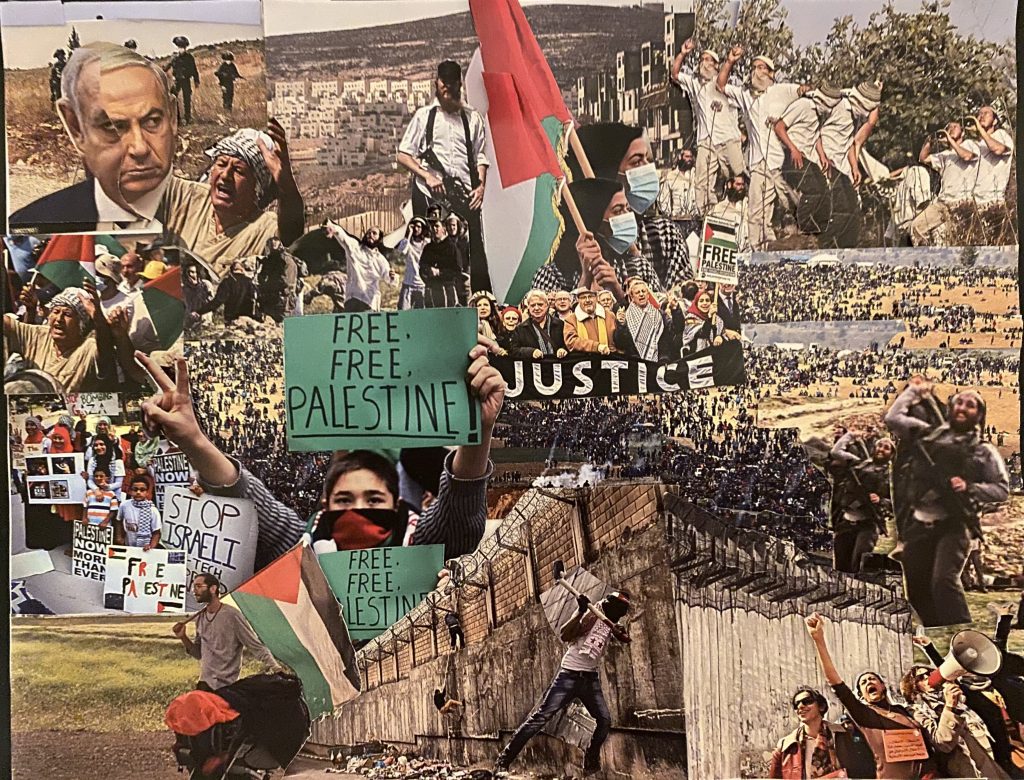 As the Israelis will soon cast their vote for the fourth time in two years, they should pause and think where the country is heading under Netanyahu’s leadership, and what will be the prospect of ending the Israeli-Palestinian conflict should he form the next coalition government. For too long have the Israelis and Palestinians wronged each other. Mutual hatred, hostility, and scorn have equally been consuming them. Neither side seems to grasp that there is no escape from the other, and the longer they wait to resolve their conflict, the harder and more complex it becomes.

Sadly, if not tragically, the Israeli public has grown passive and indifferent as if the conflict with the Palestinians is from a past era. A majority of Israelis have convinced themselves that the Palestinians are the perpetual enemy and the state of no peace and no wars offers the best of both worlds, while the status quo became a normal way of life. The sadder reality, however, is that the continuing conflict robs Israel of the moral tenet on which it was created, without which it forfeits its right to be free and secure.

The Israelis have largely dismissed their moral obligation to end the occupation as the cost of maintaining it has basically been reduced to dollars and cents. Israel established an extremely tight security and intelligence apparatus, making it nearly impossible for a Palestinian militant to kill an Israeli with impunity. In fact, the number of Israelis killed by Palestinian extremists is minuscule compared to the fatalities caused by traffic accidents.

I asked a friend, a former Israeli ambassador, now that a new election is scheduled, do any of the political parties have a platform that includes a peace plan with the Palestinians? “There is no such thing any more, except for Meretz,” he said. “People are not interested in the content. It is all around the personalities involved.”

To be sure, the Israeli political system is fundamentally corrupt. Indeed, coalition governments are not formed based on what’s best for the country. No, it is based on what portfolio is assigned to whom and to what party, how much power each minister can muster, and what financial appropriation they can secure, presumably to meets their constituents’ needs—the religious parties exemplify that to perfection.

One has to only look at how a prime minister who is facing three criminal charges managed to form the last three governments. He held the premiership longer than any of his predecessors, and is now poised to potentially form the next coalition government following the upcoming election, which he engineered in order to stay in power until nature takes its course.

Netanyahu is ravenous for ever more power—a narcissist, manipulator, and liar. He keeps no promises—not to the American Jewry, not to his coalition partners, not to foreign leaders, and not to his own party. He exploits everything that comes his way and chases everything that he can sway.

Should Netanyahu form the next Israeli government, he will severely undercut Israel’s waning democracy, ensure that the supreme court and the judiciary rule in support of his political agenda, and stifle the press in the name of national security, while rewarding his cronies and punishing his political adversaries.

What does all that say about the Israeli public? About their level of tolerance for corruption, their acceptance of a criminal running the country, and willingness to succumb to his whims? This election offers the public a momentous opportunity to change the guards at the helm and choose new leaders committed to ending the Israeli-Palestinian conflict.

Netanyahu has no plan to make peace with the Palestinians under his watch. In fact, when he became prime minister for the first time in 1996, he did everything in his power to torpedo the Oslo Accords. Indeed, only annexation of more Palestinian land occupies his mind, in order to realize his dream of greater Israel.

It’s time for every Israeli to think hard before he or she casts their vote and demand from their elected leaders an end to the conflict with the Palestinians and support centrist and left of center parties, especially Yesh Atid, Labor, and Meretz, led by Lapid, Michaeli, and Horowitz respectively. They are disposed to put an end to the 72-year-old conflict and restore the country’s soul—yes, because Israel’s soul is on the line.

The Palestinians have their own critical role to play. They must make it abundantly clear that they are willing and ready to resume negotiations unconditionally and work toward peace based on a two-state solution. Such an unequivocal statement would greatly bolster the electoral efforts of Yesh Atid, Labor, and even Meretz, which are the parties which can pursue peace in earnest.

The longer the Palestinians hold onto their old positions and offer no compromises, the more ground they will lose. Without such a public assertion, the Israelis will have no reason to coalesce around center and left-of-center political leaders who call for peace and negotiate in good faith, which requires some painful concessions.

Having learned from past experience, the Biden administration does not want to plunge into the Israeli-Palestinian conflict in the hope of forging peace that has eluded every previous American administration. However, the US should still send a message now before the elections that the two-state solution remains the only viable option. But it must be preceded by building trust for a number of years through a process of reconciliation that will lead to that predetermined end. This will further help Israel’s centrist parties in their appeal to the voters.

Time is of the essence; the Palestinian Authority and the leaders of Israel’s centrist parties together can drastically change the dynamic of the conflict and right the wrong which they have shortsightedly inflicted on one another for more than seven decades.