A Third Israeli-Hamas War—What’s Next?

Now that a third Israeli-Hamas war has ended as inconclusively as the two previous wars, will both sides prepare for the next one, or let sanity sink in and chart a dramatically new course that will end the vicious cycle from which neither side can ever escape?

No keen observer of the brutal Israel-Hamas conflict can draw any conclusion other than that both sides have and continue to be delusional about their presumptive goal of destroying the other entirely. If past experiences offer any lesson, Israel can inflict massive destruction and casualties and even decapitate Hamas’ leadership, but Hamas will still survive, regroup, rebuild their arsenals, and emerge even stronger. And while Hamas can launch thousands of rockets, Israel can absorb such an onslaught and rise to exact an even greater price. To be sure, neither side can ever change the equation, but only set the stage for the next round.

What contributes to this impasse is that Israel assesses the result of the war in terms of how much destruction it has inflicted, how many militants it killed, and the extent to which it has degraded Hamas’ offensive ability. And since Israel considers Hamas as an irredeemable terrorist foe, it must therefore be contained by “mowing the lawn” every few years.

Conversely, Hamas measures the outcome in political and psychological terms and its impact on the Palestinian public. In that sense, Hamas can rightfully claim victory in this last war because they successfully usurped the mantle of the defender of the Palestinian cause and the “true guardian of East Jerusalem.” In addition, they inflicted a significant political blow on their rival—the Palestinian Authority—for its lame reaction to the disturbances in East Jerusalem.

That said, Israel and Hamas cannot ignore the plain reality that neither can make the other disappear. They have to decide where to go from here, and recognize that the status quo is not sustainable, as has been demonstrated time and again.

Increasing public pressure
In Gaza, the Palestinians are despairing. They suffer from poverty, 50 percent unemployment, a broken healthcare system, and shortages of medicine, food, gas, and electricity, along with casualties and destruction they have sustained during devastating wars. They want an end to the conflict with Israel, and although this sentiment is not freely expressed, Hamas’ leadership is fully aware that blaming Israel for the public’s plight resonates only up to a point. They must meet their public’s demands if they want to prevent widespread unrest.

Likewise, the Israelis are becoming increasingly frustrated with how Netanyahu has been handling the conflict with Hamas (this is the second inconclusive war with Hamas under his watch). The communities adjacent to Gaza have had more than their share of anxiety, fear, and disruptions in their daily lives. Most Israelis resent that they must rush to shelters for days to seek protection from rockets, all while the economy is badly affected and the cost of waging these wars is ever-escalating with no end in sight to the bloody cycle. 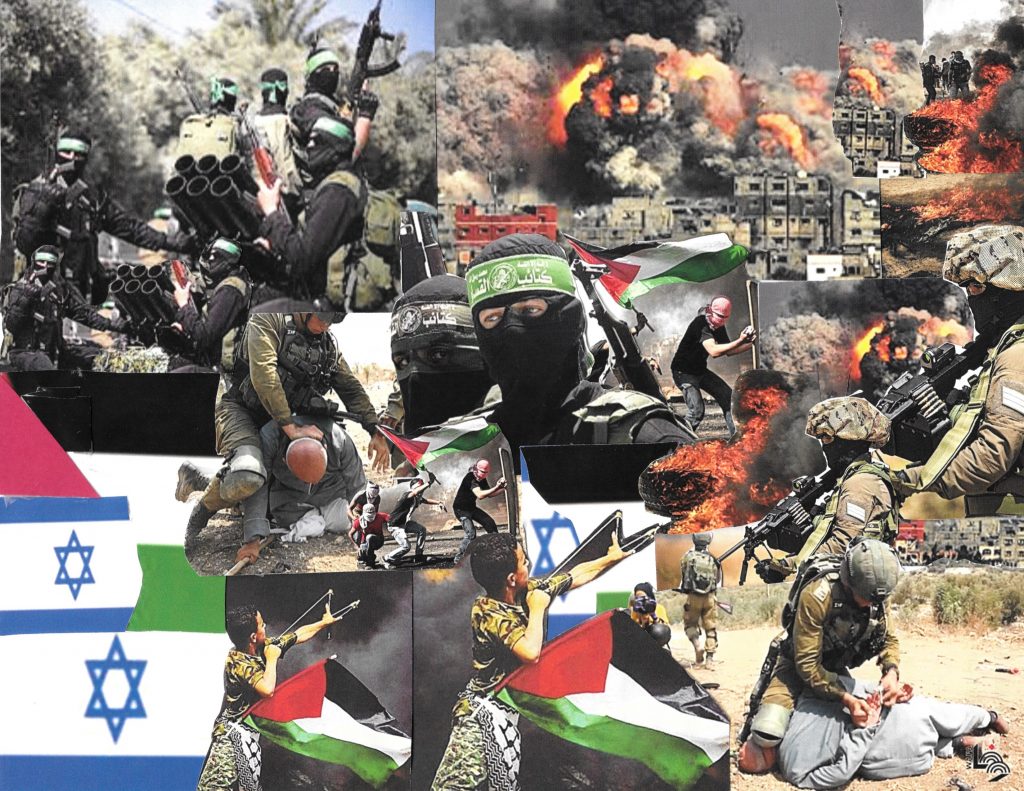 In light of the last war and its indeterminate result, Israel and Hamas may well be compelled to reconsider their relations and chart a new path to change the dynamic of the conflict, from which both can benefit.

First, a long-term ceasefire: The Israeli military establishment’s decision to instantly retaliate (disproportionately) to any Hamas provocation, as has been the case in every war, is not the answer any more. Israel, which helped created Hamas in the first place to counter-balance the PLO and has witnessed its evolution over the past three decades, must admit it simply cannot wish it away. It is time for Israel to agree on a long-term ceasefire (hudna) for 15-20 years, which Hamas has been seeking for several years. Israel has legitimate concerns that during such a long respite, Hamas will amass more rockets, build more tunnels, and substantially improve their offensive and defensive capability.

These concerns can be mitigated through deterrence or rewards. One is to entice Hamas that full compliance would lead to gradual lifting of the blockade and rebuilding of the infrastructure; two, the violation of the agreement will prompt Israel to inflict such a massive blow from which Hamas may not recover. In this regard, Hamas’ arsenal of rockets and other weaponry has been a major point of contention for Israelis. Under a long-term ceasefire, their current arsenal should be kept under lock and key, with the direct supervision of Egypt, which has long mediated between Israel and Hamas.

Two, rebuilding Gaza’s infrastructure: President Biden’s announcement that the US and other donors will provide billions of dollars to rebuild what was destroyed during the last conflagration and further expand infrastructure is crucial. The building of schools, hospitals, housing, roads, and electrical grids are critical for every Palestinian in Gaza and also for Hamas’ leadership. Although Hamas challenged Israel in the past, knowing that they were inviting massive Israeli retaliation, given how dire the conditions have become in Gaza they will be increasingly less inclined to challenge Israel again, especially if they want to preserve their political gains from this latest war.

Obviously, the US with the support of other nations will establish an unfettered monitoring system to prevent Hamas from diverting any of the aid received for military purposes, especially building tunnels, manufacturing rockets, and training. That said, it will be wise to involve Hamas to participate in the reconstruction efforts to make it increasingly vested in the process.

Three, gradual lifting of the blockade: In conjunction with a long-term ceasefire, Egypt, with the strong support of the US, should work with Israel and Hamas on a plan that will gradually lift the blockade over a period of five years. The complete lifting of the blockade should be directly linked to Hamas’ renunciation of violence against Israel, and it must demonstrate that by preventing any hostile act against Israel by any group from inside Gaza. Moreover, Hamas must commit to distance itself from the Muslim Brotherhood, because Cairo plays a central role in any ceasefire and its implementation and considers the MB as a terrorist organization.

This is the moment when Hamas’ leaders must realize that it is not enough to boast about the psychological and political victory they harvested from the war; they must translate that into practical gains. They have now a crucial opportunity to change the entire dynamic of the conflict by demonstrating moderation, and it will most prudent on the part of Israel to seize the moment and move beyond the old and tired notion that Hamas is simply incorrigible.

The above may seem too logical of an approach to solve such an endemic conflict between hardnosed adversaries where emotions run high, hatred runs deep, and distrust is all but self-consuming. However, I invite any Israeli or Hamas leader to show me if there is any other viable alternative that stands any chance of being mutually accepted.