It is hard to find something more scornful than Erdogan’s sudden decision to withdraw Turkey from the Council of Europe Convention on Preventing and Combating Violence Against Women and Domestic Violence. The treaty, which is known as the Istanbul Convention, was finalized in Istanbul in 2011, no less, and aims to protect victims, and end impunity for perpetrators of vile acts against women. Erdogan hosted the signing of the treaty, which makes it all the more absurd that he would be the one to withdraw from it—a contemptable move that is surpassed only by his moral insolvency. The EU and the US must not allow such a travesty to stand, which will have disastrous and tragic consequences for nearly half of Turkey’s population. They must directly warn Erdogan that annulling Turkey’s ratification of the Istanbul Convention is simply unacceptable and will bear severe consequences.

For someone who claims to be a reformer, Erdogan has willingly succumbed to the whims of a minority of bigoted Islamist men who view women as inferior humans whose place is at home, serving at the pleasure of men who still live in the dark ages. Instead of standing against the widespread domestic violence in his country, where 38 percent of women who have ever been married have been subjected to violence from an intimate partner and where 300 women were killed last year, Erdogan shamelessly chooses to abandon the Convention.

Amnesty International Turkey Director Ece Unver observed with deep concern that “Withdrawing from the Istanbul Convention is a disaster for millions of women and children living in this country.” Erdogan’s withdrawal from the Convention is a continuation of his brutal rampage and purges against his own people. Since the failed military coup in 2016 in particular (which he may well have orchestrated), he has systematically violated his peoples’ basic human rights and ruthlessly marginalized any opposition to his designs to spread his Islamist doctrine.

All the more, Erdogan’s revocation of the treaty sends a clear message to other tyrants that they can do as they wish to women with immunity. In Turkey, more than 5,000 women are languishing in jails with their children (780 of whom are mere infants) and are subject to abuse and frequent rape by prison guards, sometimes to extort a confession about a male relative. Lesbian and transgender women face pervasive discrimination.

In Turkey, where Erdogan addresses the people in the name of divinity, women and girls face gender-based violence every day, as if such incomprehensible acts are sanctioned by God. The irony is that Erdogan considers himself as a devout Muslim, when in fact he cares less about the pain he inflicts on others. He is the opposite of what Gandhi observed: “I call him religious who understands the suffering of others.” The organization We Will Stop Femicide Platform (KCDP) reports that a fourfold increase in violence has occurred since 2011 against women, solely because of their gender. 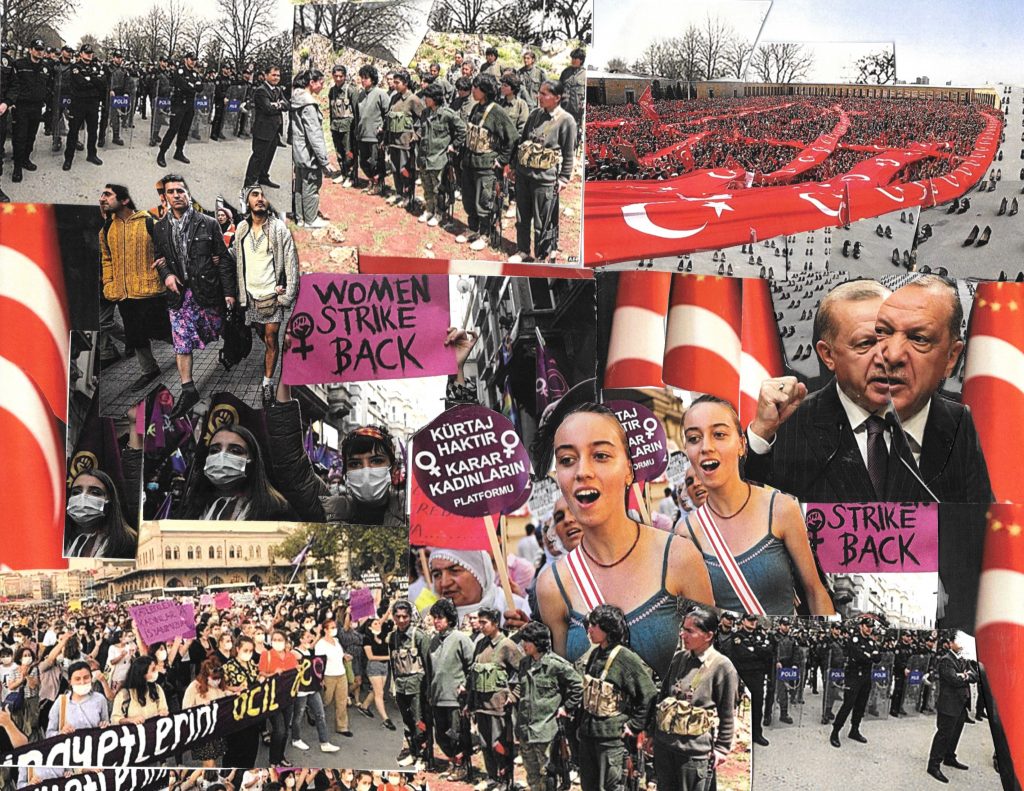 Tragically, whereas Erdogan’s egregious acts against women are unforgiveable, men in many parts of the world seem to relish abusing women to satisfy their chauvinism, as the victimization of women seems to be the only way they can assert their manhood. In nearly 50 countries around the world, marital rape is not criminalized and women face criminal prosecution for being the victims of rape. Abortion is still illegal in most countries, female genital mutilation remains common, and honor-killings are still a practice in many countries.

According to the United Nations Office for the Coordination of Humanitarian Affairs, the majority of people living in poverty globally are women, and are less likely to have access to healthcare and education. Amanda Klasing, acting co-director of women’s rights at Human Rights Watch, observed that “Reports of increases in gender-based violence mask a larger risk that women in the shadows or margins of society will suffer violence without remedy or reprieve if governments don’t act quickly.”

It is not enough for governments across the world to simply pass laws that strengthen legal frameworks to protect and empower women and girls. The facts demonstrate that the laws are not implemented; women in Turkey and elsewhere are still being killed, married as children, and trafficked into forced labor and sexual slavery.

The Biden administration has thankfully worked quickly in addressing the Trump administration’s criminal negligence of women’s sexual and reproductive rights, with Secretary of State Antony Blinken declaring that access to contraception and reproductive health care for women are universal, global human rights that must be monitored and upheld by the United States.

In this vein, President Biden and EU leaders should call on Erdogan to rescind this appalling decision or else suffer severe economic sanctions, be denied an audience with any Western leader, be prohibited from participating in any future NATO exercises, and be excluded from intelligence-sharing. This, in combination with Biden’s revocation of the “global gag rule” in January, should send a positive message to Turkish women and across the world that their rights are recognized and respected.

I applaud the Turkish women who poured into the streets in Istanbul last week for their courage to protest against Erdogan’s despicable turn against women in his own country. Every man and woman of conscience must raise their voices to condemn this ruthless dictator who seeks to assert his insecure masculinity by denying women’s rights.