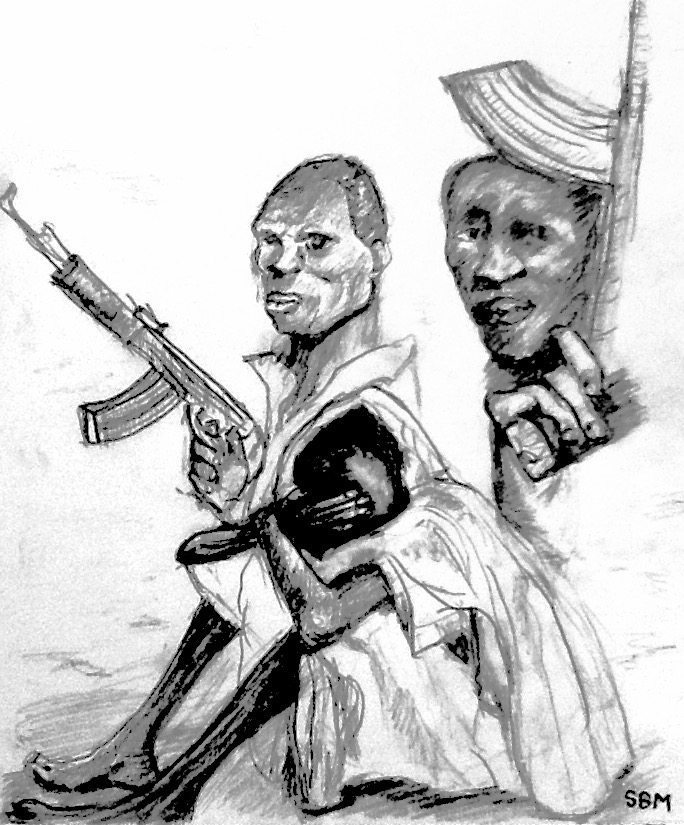 Losing The Last Vestiges Of Our Moral Fabric

The unspeakable atrocities that are happening in South Sudan are unfathomable, not only because of the scope of savagery in the war between the Dinka and Nuer peoples, but also because it defies every tenet of our civilized being in which we take so much pride. Civilization, however, has hardly penetrated the first layer of our thick skin. We assume that our unprecedented advancements in technology, medicine, space exploration, engineering, literature, and all forms of arts have equally deepened our moral and ethical conviction. No. We have in fact become increasingly immune and unmoved by the savagery which is unfolding before our eyes in so many countries.

Many judge the raging human atrocities—be that in South Sudan, Syria, Libya, Yemen, and many other places—in relative terms to the horrors of wars and the unprecedented violence of the last century and before. They argue that today’s world is better and safer than at any time in the history of mankind. That said, the idea of “Never Again,” adopted in the wake of the second World War, has become nothing but an empty slogan. Should we really measure our moral conduct today in relative terms to the moral decadence of yesteryears?

Go explain that to those who have suffered unmatched cruelty and brutality and found salvation only in death. To the starving little boy who is about to pass away from malnutrition; to the girl that was raped a dozen times and left to die; to the shattered father who lost his entire family; to the weeping mother whose child died in her arms.

Yes, go explain it to the tens of thousands of children who are about to perish because of lack of medical care; to the millions of traumatized refugees who lost hope of ever recovering again. Go explain to them, ‘you are better off today than the tens of millions who perished before you.’

The irony is that we often compare the human capacity for mercilessness, torture, and random killing to a wild beast, when in fact the most vicious of all beasts would be insulted to be compared to the atrocities and slaughter that humans are capable of committing against one another.

Let’s look at the tragedy that has gripped South Sudan.

Six million people—over half of the entire population—suffer from severe food shortages, some surviving on as little as a cup of rice per day. It is projected that in 2018, nearly 1.1 million South Sudanese children will still be acutely malnourished.

Armed forces use rape as a weapon of war. As a method of coercion, girls as young as seven are raped and burned alive in front of their parents. Rape is often used as a payment for services and a recruitment incentive for militias. Gang rape is so prevalent it is now considered normal, while pillaging leaves villages in a blood bath.

Nearly 7,000 new cases of cholera have been reported this year—a 73% increase from 2016 and the highest number of cases since 2014—and 51% of all infected are children and teenagers. Hospitals and aid vehicles are intentionally targeted by militia forces, and volunteers are ambushed and killed.

The malaria rate has increased from last year, accounting for 65% of all illnesses. Approximately 78,000 people are infected every week, most of whom are under the age of five. In 2017, more than 1.57 million cases of malaria have been reported, which is an increase of 300,000 over 2016.

Tens of thousands of children have been recruited as child soldiers, carrying rifles taller than themselves. Children travel unaccompanied – separated from their families after villages are raided – and many of them end up dying in the wilderness. Women and children hide in swamps while bodies pile in front of them. A whole new generation is lost, as nationwide 51% of South Sudanese children are not attending school.

Men are slaughtered, and some have been locked in steel shipping containers beneath the sun without food or water, left to fry to death. Women are captured, forced to march, and raped nightly, while civilians, who are not actively involved in the hostilities, are targeted as a military tactic.

Ethnic cleansing between the Dinka and Nuer is spreading across the country, with many observers warning that it is now approaching the level of genocide. The UN confirms that ethnic cleansing by way of starvation, gang rape, and village burning has become the status quo, and as a result, nearly two million people have been internally displaced since 2013.

Arms are pouring across the South Sudanese border by merchants of death—China and Russia—who are refusing to impose an embargo on exporting their killing machines. More than 50% of the national budget is spent on arms and bloated military salaries.

Given all this unfolding horror, what is most disturbing and outrageous is that the international community has not only forfeited its moral obligation by not taking every measure to mitigate the conflict, but proved its miserable failure to provide the necessary funding to save the lives of hundreds of thousands of starving and sick children who are on the verge of dying.

The total humanitarian aid given to South Sudan in 2017 is nearly $1.5 billion, which has not been nearly enough to avert a total catastrophe. Of that, while nearly $1 billion was contributed by the US, the rest of the international community provided only the remaining $500 million combined.

As a case in point, although the United Nations Children’s Fund (UNICEF) required US $181 million in 2017 for the Humanitarian Action for Children (HAC) for South Sudan, only 75 per cent was funded. As a result, there is significant underfunding in the Health, Water, Sanitation, and Hygiene (WASH) sectors, which is to the detriment of children that could otherwise survive.

Where is the UN Security Council, which can pass enforceable resolutions to end the violent hostilities but has demonstrated nothing but ineptitude and self-serving political wrangling? Where are the leaders of the free world, who roll out the haughty concept of human rights but shamelessly are not moved by the outcry of the shattered people? This death and destruction will leave behind a stigma that Western powers will have to bear. As George Bernard Shaw observed, “The worst sin towards our fellow creatures is not to hate them, but to be indifferent to them: that’s the essence of inhumanity.”

Yes, I know how hard it is to go into a war zone, where a war of extermination is raging. How sad and how disgraceful it is, though, that the countries capable of mitigating this disastrous civil war are sitting on their hands and claim to be civilized, when in fact savagery is still flowing in their veins.

Humanity is not a concept that we should merely aspire to, it should be the reality to which we must live up and never waver. Historic experiences must be instructive. If history does not teach us where we have erred and what moral lesson we can draw out of it, then we cannot escape the conclusion that our so-called civilization is nothing but the attire we wear, as we are still irredeemably immoral inside.