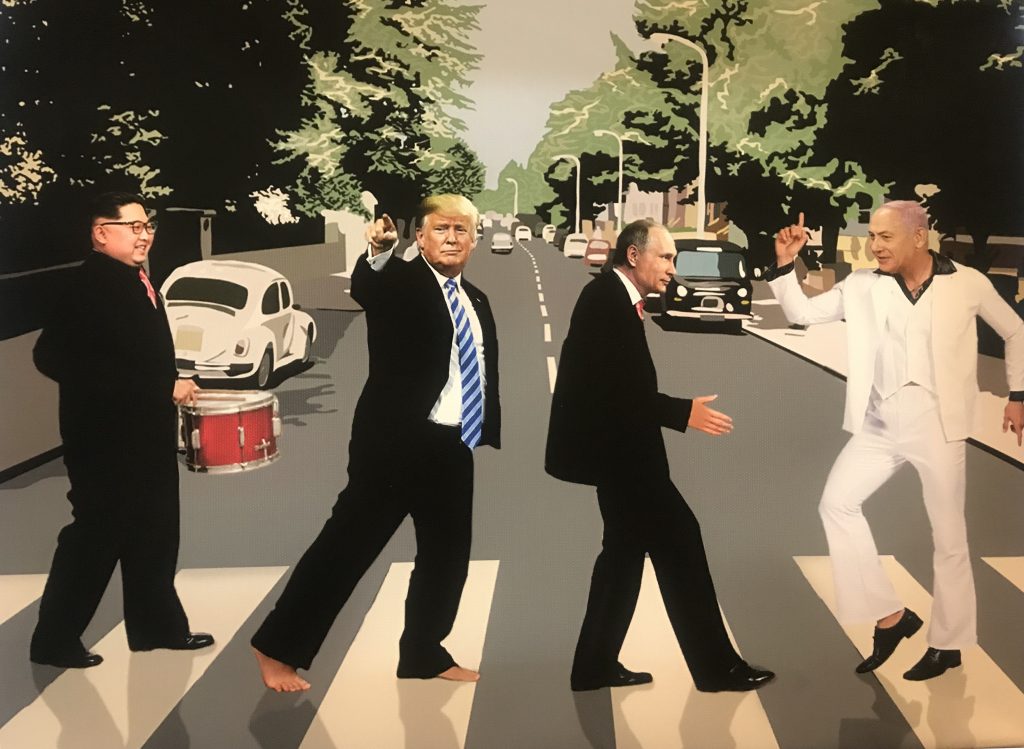 I am getting sick and tired of the raging violent conflicts overseas and the political
mess here at home which is consuming us day in and day out.
I thought that for a change a little levity is in order.

During the annual meeting of the United Nation General Assembly Trump was walking in one of the UN halls surrounded by a few of his advisors when he spotted Putin coming from the opposite direction.