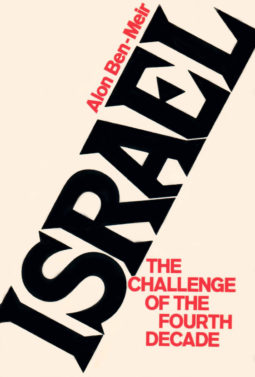 Israel: The Challenge of the Fourth Decade – 1978

Ben-Meir argues that unless drastic measures are taken to begin correcting socio-economic problems, peace with the Arab world will at best be fragile and at worst unattainable. This book challenges traditional thought and dogmas that Israeli and Jewish leaders throughout the world have accepted and followed. It also offers a critical examination of Israeli social and ethnic class struggles, the Palestinian problem, political reform, and the relationship between Israel and the world, especially the American – Jewish community.