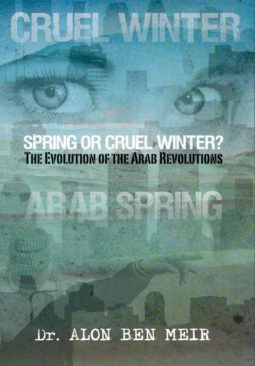 Spring or Cruel Winter? The Evolution of the Arab Revolutions – 2014

The Arab Spring, sparked by Tunisian university graduate turned street vendor Mohamed Bouazizi’s act of self-immolation, is an ongoing, integral part of global transformation, ushering in a new era in which no ruler can deprive his citizens of their basic rights. However, this idealism was misjudged in certain areas, specifically evidenced in the violent backlash against the peaceful protests in Syria, a tragedy which is still ongoing.

In this book, Dr. Ben-Meir evaluates the countries involved in the Arab Spring and their varying responses to the widespread calls for equality and social and political reforms across the Middle East. In particular, he examines the cultural, religious, political, and socioeconomic backgrounds of each of the affected countries and how these play a role in each country’s interpretation of the Arab Spring.