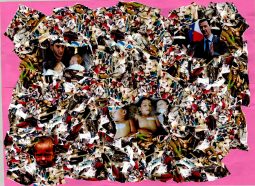 Artwork by Michael Anderson and Sam Ben-Meir President Trump’s characterization of the US attack on specific Syrian chemical storage and research facilities as “mission accomplished” is technically accurate, as the intended targets were in fact destroyed. But declaring mission accomplished in the context of the continuing unfolding tragedy being inflicted on the Syrian people is… 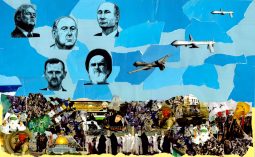 Is A War Between Israel And Iran/Hezbollah Imminent?

Artwork by Michael Anderson and Sam Ben-Meir The recent violation of Israel’s air space by an Iranian drone and Israel’s retaliation against Syrian and Iranian targets prompted many observers to suggest that the growing regional tension resulting from such incidents may precipitate a war between Israel and Iran/Hezbollah, and perhaps inadvertently with Syria as well….

President Trump’s unexpected attack on Syria’s Shayrat airbase in response to President Assad’s sarin gas attack on his own citizens has changed the dynamic of Syria’s civil war and potentially its eventual outcome. Trump’s attack sent a clear message not only to Assad, but to Russia and Iran, who are staunch supporters of Assad, and…

The Battle Over Syria’s Future

As we approach the sixth year of Syria’s civil war, the whole international community remains completely inept and has failed to join together in the search for a solution that could end the horrifying slaughter of thousands of innocent civilians each month. Sadly (but for obvious reasons), each of the countries and other groups involved,…

It is hard to imagine that representatives of the 30 countries that assembled in Geneva actually believed that they could find a political solution to the Syrian civil war. Given the differing strategic interests in Syria of the powers within and outside the region, reaching a consensus to end the crisis at this juncture is…

I am not a war monger; I know the meaning of war, the death toll, the suffering, and the destruction of property along with the spirit of innocent men, women and children. That said, regardless of how appalling the use of force is to achieve any objective, there is a time when force must be…

The Syrian Crisis: Pitting Russia Against The U.S.

The latest UN resolution sponsored by Western powers (the United States, England and France) designed to increase the pressure on Assad and force him to step down was once again rejected by Russia and China, making it abundantly clear that all diplomatic efforts have come to a dead end. If Russia, the main proponent of…

Since the end of the Cold War, the relationship between Russia and the West has revolved around a perpetual “reset” that never seems to arrive and attempts to do so are typically based on mutual suspicion and of course, a perceived self-interest. For the past decade, Russia has seen considerable growth under President-Prime Minister Vladimir Putin, who has presented himself as a stable figure that provides ordinary Russians with a greater standard of living. Russia continues to be inflicted, however, by internal and external problems including: persistent and endemic corruption, a myopic political establishment, crumbling infrastructure, limited trade outside oil and gas, an often erratic foreign policy, and denied civil and political rights to particular segments of the Russian population. How Putin will tread the treacherous road ahead will determine Russia’s role and influence in the international arena for years to come.

In response to the late 2011 legislative elections, which were marred by irregularities, a series of unprecedented demonstrations threatened the legitimacy of Mr. Putin’s rule as well as the oligarchic state that has endured under his watch.  The official reaction to the protests was unsurprisingly harsh as the assumed longevity of Mr. Putin was placed under intense scrutiny by domestic and foreign observers. Putin has become increasingly more assertive in his efforts to consolidate his power after the flawed elections. Little hope for reform was held when Putin replaced the majority of his cabinet, which is now staffed by loyalists, thus ensuring the continuity of his near dictatorial style as he begins his third term.